You’ve heard of “Engagement Chicken”. Why not veal? It’s a soft meat, perfect for the slow cooker, especially when you want an easy weekend. This was a fun dish to create as I got a chance to sample the liquor I was deciding to use towards the finished flavours of the roast.

Speaking of cooking with a slow cooker, did you know that the secret to cooking any sort of meat is to brown the meat first? (Don’t wash that pan/pot you browned the meat in; cover it) I have carefully selected a cast iron pot to brown the meat, which I could later use to make the gravy. Browning your meat seals the flavour in, while giving it a brown coating, which prevents your meat from going dry.

I made this dish to celebrate our 7th year dating anniversary, which can seem foolish when you’re already married. The veal cross-rib was bought from my favourite local butcher. Look at this 2 lbs beauty:

I asked the staff who helped me cut the 3 lbs of veal into 2 lbs on how they’d cook it. One of their staff members said, “Don’t over-spice it. Keep it really simple; the texture is almost like lamb.” Oh, so, that means use rosemary or thyme. (2 lbs of veal feeds 4 people; which works out great for leftovers for 2 people)

You know the drill when it comes to preparing the meat for browning, don’t you? Pat the whole thing dry, with paper towels.
Dry brine/season the veal with olive oil, coarse sea salt, pepper and thyme.

Then, rub your slow cooker with butter or olive oil margarine. Lay the browned roast. Next step is my most favourite part: caramelizing shallots in 1/4 cup of (dry) red wine. Here’s my improvised recipe.

INGREDIENTS
2 lbs Veal Cross-Ribs
1 shallot, peeled and sliced
1/4 cup (dry) red wine — I used Shiraz; if you’ve got Chianti, that works great — just stay away from Malbec
Bacon (I used one slice, cut into two pieces)
Carrots and broccoli (Note: you can use whichever vegetables you’d like; I didn’t have celery on hand — definitely add that if you’ve got it)
1 cup White Vermouth
1 cube of chicken stock bouillon, cut into smaller pieces for easier dissolving
Salt & Pepper, as desired
Thyme (1 tsp, if using dried)
Bay leaves

For the Gravy
Roux: Equal parts flour, olive oil margarine
Water, to reach consistency, as needed — be careful not to add too much water or too little — keep simmering to bring to a light boil; your gravy will thicken as it continues to simmer.

Serve with spaetzle! The spaetzle was found from Old Country Sausage in Bruderheim, courtesy of my husband. (I would upload the picture of the dish, but I just realized that there’s this odd blue reflection on the gravy from the range’s display/clock.)

If you’ve got lots of veal left-over, you can re-fry it! This is so easy: penne, cut up veal, Laughing cow cheese, and frozen vegetables. 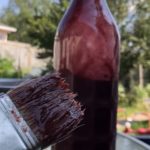 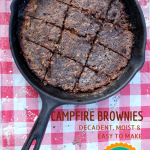 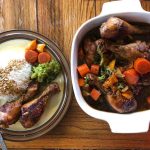 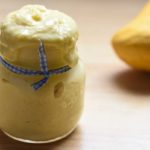